Joyce Ferder Rankin is an award winning photojournalist who is one of the best speakers on the subject of climate change.

Philadelphia native (and devoted Eagles fan) Joyce Ferder began her career at the age of 17 at KYW-TV NEWS as a producer and later as a cameraperson. She went on to become an award-winning TV and print photojournalist working for many of the world’s top broadcasters including BBC, CBS, ABC, CBC, EBU, NBC and many more. Joyce quickly became a war journalist covering the Falklands War, the Persian Gulf War and the Bosnian War. She was also one of the few women who worked in the world’s hotspots as a cameraperson and video editor.

In 1997 while working for the UN World Food Programme, Joyce was involved in a car accident where she sustained a traumatic brain injury that affected her vision. It made it impossible to continue her work as a war journalist. After many years of physical therapy and hard work, she began using her still camera again as a therapeutic tool. The ultimate result was a new approach to her work. Joyce began to travel around the world — including the Arctic and Western Antarctica (the most remote region of the world) — documenting pollution and climate change. Her photographs have been printed in a variety of international publications, including National Geographic.

Joyce has won Emmy Awards (for editing) for two seminal stories: the first was for the CBS WEEKEND NEWS coverage of the Itzhak Rabin Assassination, and the second for the CBS NEWS 48 HOURS Special about the bombing at the 1996 Atlanta Olympics. She has won numerous awards for her photography, but she is particularly honored to have received the rare distinction of LRPS by the Royal Photographic Society in the United Kingdom.

Joyce has also given a TEDx talk at Stormont in Northern Ireland. It was titled “Can We Go Back In Time?” that focused on the effects of climate change on the Earth and the future of the human race.

Joyce is currently in production on the documentary DEGREESº TO EXTINCTION, her debut as a feature filmmaker. 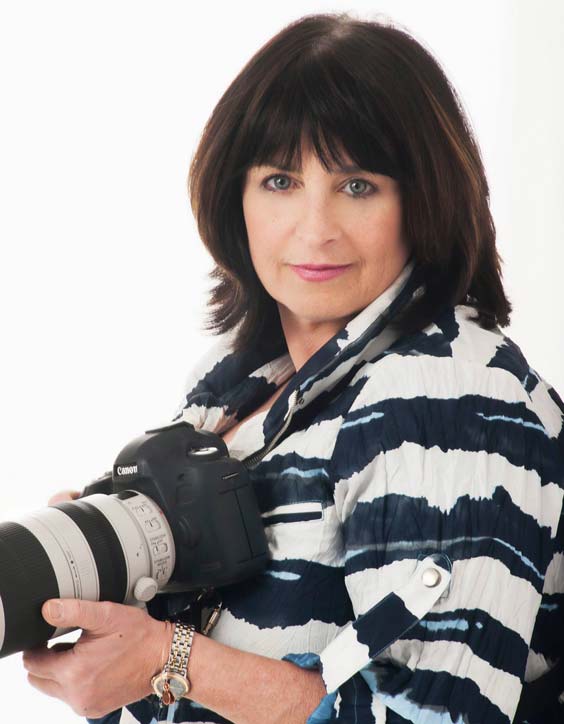